If you’ve been following my recent posts, you’ll have realised that I’m participating in the Mozilla Open Education course, jointly hosted by the Mozilla foundation, ccLearn and the Peer to Peer University. The course has involved participating in online seminars over the past 6 weeks with the objective of creating a project blueprint that takes into account the concepts of open education, open technology and open licensing.

I decided that my project was going to involve something I’ve been thinking about for a few months and saw the course as an opportunity to take the first few tentative steps. The idea was to create an online, distributed authoring environment that would allow physiotherapy clinicians, educators and students to participate in collaboratively writing a national physiotherapy textbook. The problem with imported (American and British) textbooks is a complete lack of cultural and contextual relevance, as well as being associated with a high cost and not being adaptable to local needs (think, multiple languages).

I won’t go into any more detail here (check out the blueprint page), only to say that the idea is taking shape slowly and that I’m quite excited at the prospect of refining it over the next month or so. The course was so information-heavy (not so much from the organisers, but from the back chatter of participants) that it’s going to take some time to review the aggregated content. 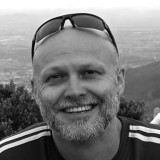 @Heid Allen
Hi Heidi. Thanks for your input. I think that at this early stage of the project I’d be keen to get ideas from anyone who is interested in making a contribution. I’d like for there to be a strong South African focus on the content, but there’s no reason that we couldn’t get input from anyone in the world with regards clinical content, advice, new evidence and a host of other topics.

I’ll keep blogging about progress on the project and would love to get feedback from anyone else who’d interested.

Love the idea of a physio wiki textbook Michael. I’ll send the link of your blog post to a SA physios to see if she’s interested — are you looking just for SA phyios or any phyios who would like to contribute?